Shelter or Treatment for Vulnerable Populations

From humble beginnings three decades earlier, a group of BC activists created an organization BCOFR that, despite death threats and vandalism, now has over 120 staff and a multi-million dollar budget to operate a seniors assisted living complex and adult daycare center, and housing for women who are victims of domestic abuse.

Bang (2007) described Camphill intentional communities. They have hundreds of individual villages working with the mentally handicapped at their jobs by which they help sustain themselves, with volunteer and paid staff living on site, growing “over 60 years and into over 20 countries throughout the world” (p. 177). Residents and volunteers don’t have to choose between focusing on the individual or on the betterment of society, because they do both at the same time. 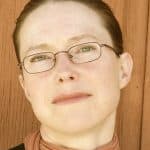 See our online guide to creating shelter and treatment-based intentional communities of many types.

Some text in the Modal..